The Teatro Sociale in Como is proud to be the first Italian opera house to participate in the annual European Opera Days which this year are held from 6 – 8th May. Now in its tenth year, this initiative, organised by Brussels-based Opera Europa, is held as close to Europe Day as possible.

Ex UK residents like me may well have been previously entirely unaware of Europe Day held on May 9th to celebrate the creation of the European Union in 1950. Maybe our ignorance stretches to not recognising some of the more important Italian players on the European political scene.  Mouse over the images to reveal their names! 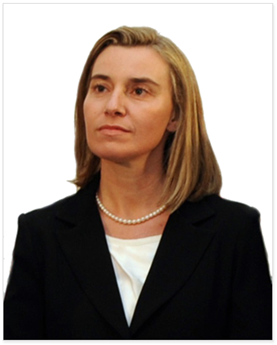 What better way to put soul behind the union flag than celebrating an emotional artform like opera, which shares common appreciation with positive connotations across Western and Eastern Europe.

With the common theme of ‘Theatre of the World’ what do European Opera Days bring to Como? Primarily it brings a series of free events across a range of glorious locations involving musicians from local schools, colleges, the Music Conservatory, Teatro Sociale and other musical associations. The full program is downloadable from this link but I would particularly like to mention the delightful sounding (weather permitting) ‘Passeggiata Musicale’ this Sunday starting at 11.00 with West Side Story in the Villa Olmo Gardens. Move on to the Villa Grumello greenhouses for Music of The World Part 1 at 12.30.

Then take a picnic on the lawn overlooking the lake with produce available from the Bio co-operative Corto Circuito before moving on to Villa Sucota for Music of the World Part 2 at 14.30.  Finish off the passeggiata at the amazing Villa Bernasconi in Cernobbio for a series of recitals starting at 16.00 including piano for 2, 4 and 6 hands.

Broadening our scope back to Europe, and just to finally convince those Euro-sceptics we have in UK and elsewhere that EU collaboration offers enrichment for all (and lower roaming costs!) try out the new Opera Platform website which gives access to live HD streaming of many of the European Opera Day events from other cities. Live performances start on Friday evening but all transmissions are available on demand for a further six months

I am an Englishman in Como, Northern Italy - definitely both a Euro and Italophile with an interest in modern history, walks in the hills and mountains, and food and wine. I favour 'slow' tourism alongside of 'slow' food.
View all posts by comocompanion →
This entry was posted in Culture, Events, Gardens, Uncategorized and tagged Como, Lake Como, Opera, Teatro Sociale. Bookmark the permalink.