Parco Spina Verde: Walking the Border Back to Como

This walk in the Parco Spina Verde runs west to east along the Swiss border. We start off at about 500 metres above sea level rising to a maximum of 600 before descending back to Como at 250 which is to say the uphill or downhill aspects are not too onerous but the elevation is sufficient to get glorious views over the Padana plain, the Swiss Alps or Lake Como. 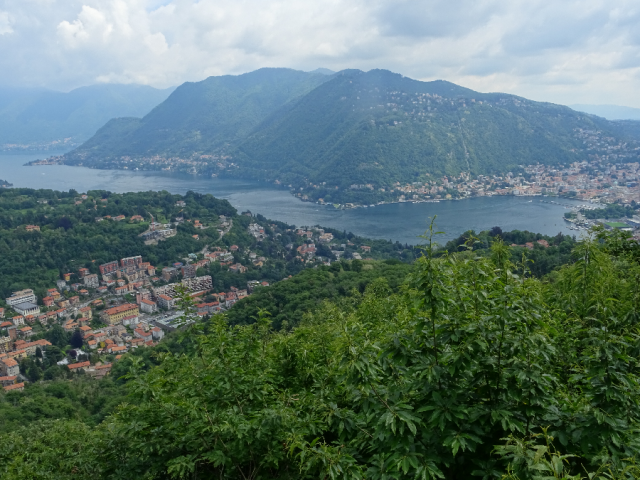 View from the Panoramic Point by the Pin Umbrela, Parco Spina Verde

I chose to take bus C74  out of Como to the small town of Paré and then walk back into the city. Paré follows Cavallasca in the string of small affluent communities on the southern slopes of the glacial moraine that forms the Spina Verde. Not so long ago these towns’ economies would have been supplemented by the vigorous smuggling trade in cigarettes from across the Swiss border. The exploits of these smugglers known as ‘spalloni’ (literally ‘big shoulders’ ) have entered local folklore.  Access to the Swiss border from these towns is relatively easy compared with the exhausting routes up from Cernobbio or Moltrasio to cross over at Mount Bisbino. The border here must have been much easier to control thus requiring greater guile from the local smugglers.

Chiesa di San Giovanni Battista in Pare, Point of departure for the walk in the Parco Spina Verde.

Having alighted at the town centre by the church of San Giovanni Battista, follow the Via alla Valle up and out of the town. The signposting of the park’s footpaths is a little inconsistent but you won’t go far wrong if you maintain your west-east orientation. I took the uphill path off the Via alla Valle which then led me to the junction with the main path known as Sentiero 2 which runs along the line of the state border. 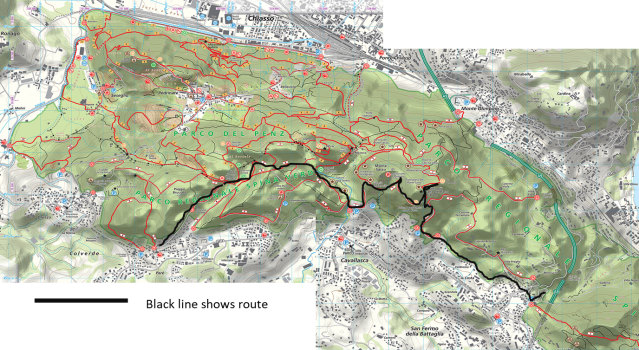 Junction of the path from Via della Valle with Sentiero 2 which runs along the state border.

The state border up on Mount Bisbino is delineated by nothing more than a single cable slung between trees at head height. Here instead there are metal columns set into a concrete base but clearly no longer intended to restrain access although in parts they still provide an effective barrier. However if you chose, you can squeeze between the metal posts and take up the Swiss footpath that also runs parallel to the border although possibly more thoroughly and consistently signposted.

Vineyard just across on the Swiss side of the border.

As you immerse yourself in the park, you very quickly feel totally separated from the urban development to the north and south. You may well come across the other occasional walker, runner or mountain biker but this is essentially a rural park with all the tranquillity that suggests  but with the advantage of well-maintained paths, informative noticeboards and, generally speaking, adequate signposting. 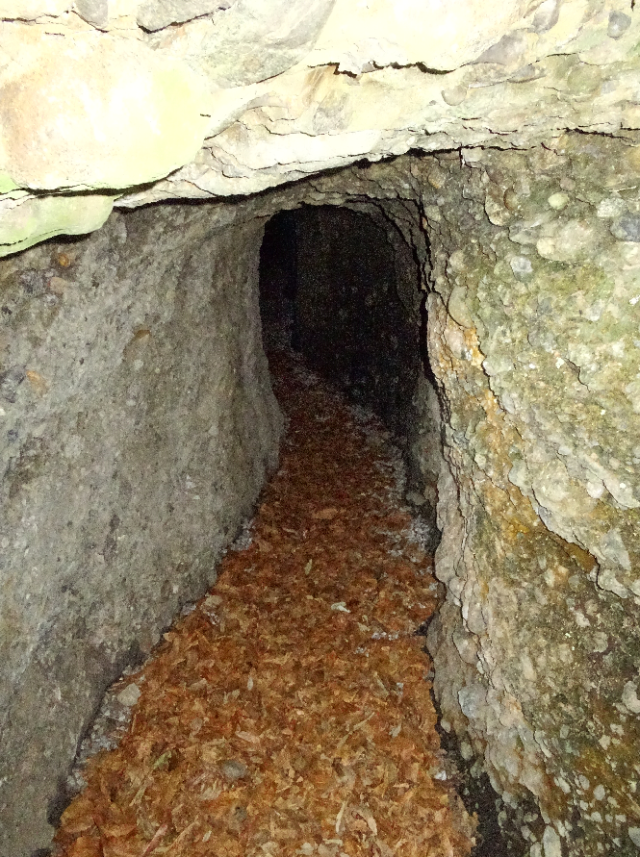 Tunnel, part of the Linea Cadorna defences in the Parco Spina Verde

One of the oddities of this area are the military defences constructed during the First World War known as the Linea Cadorna, named after the general responsible for their construction. The Linea Cadorna ran alongside the majority of the Swiss border in this area and some of the concrete machine gun emplacements, tunnels and trenches can still be seen. It was built in case the German/Austrian armies took it upon themselves to march through neutral Switzerland to attack Italy by entering Lombardy. This never happened since the Italians were to face the Austrian army in the appalling trench warfare at high altitude in the Dolomites above the River Isonzo.

More spectacular military installations can be seen at the summit of Mount Bisbino or on the imposing Sasso Gordona but these here, alongside the rusting steel border posts, do remind us of all those who have trodden these paths before.

Having descended towards Cavallasca, we turn left and climb again up to the path that circles Monte Sasso.

As you approach Cavallasca the path joins the tarmacked road descending to the town but we head back up to skirt around Monte Sasso, although at this stage you could take the diversion to the Agriturismo Agrifoglio for something to eat or just for the great view from there over the valley into Switzerland looking north. Back on our path east, as the path goes round the hill we come out from the woods to get a great view south over the settlements of Paré, Cavallesca and San Fermo.

Continue east and you will then come to a sign pointing to more Great War trenches at the Pin Umbrela where there is also a great panoramic platform giving a rare view over the lower end of the Como branch of Lake Como.  From here we make our descent into San Fermo della Battaglia, the town so-named after the battle here in 1859 between the Austrians and Giuseppe Garibaldi’s successful guerrilla army known the Cacciatori degli Alpi. (Read  San Fermo to Como – in the footsteps of Garibaldi for more information).

Going east from Monte Sasso, views open up south over the towns of Pare, Cavallasca and San Fermo and over the Pianura Padana

The path I took had a thick cushion of pine needles and a considerable number of chestnuts lying uneaten and rotting since last Autumn – enough for me to note it as a potentially rich chestnut source come October. This route brought me out into San Fermo too far west but a pleasant walk down Via Delle Busacce, with suburban homes on the right and the woods on the left, led me down to the point where I could either rejoin a path in the park leading to Como Camerlata or take the more direct route down the Valfresca to the lakeside. This last leg is described in the article on San Fermo mentioned previously. Alternatively if you have had enough of walking by this stage (approximately two and a half hours since setting out at Paré), walk down to the bus terminal and take Bus No.1 back into town.

Descent down to San Fermo along the chestnut path.

It’s easy for us to take the Parco Spina Verde a bit for granted being so readily accessible on the edge of the town – but it does have a lot to commend it. Firstly it allows for a quick dose of country immersion leaving all traces of the urban environment behind you. Its nature is varied and beautiful  and when the vistas open up they encompass spectacular scenery. Then there is also all the history around you ranging from evidence of the early Golasecca settlements to the remains of Cadorna’s untried defences. The paths are well maintained, signposting is adequate but in any case, it’s easy to orientate yourself and you are never far from civilisation. The park’s website (Italian only) contains maps and details of the different paths and the maps are also reproduced on boards at strategic points in the park. For this walk we started on path 8, strayed onto Path 2 and then back onto 8 which turned into 7 from Cavallasca onwards. 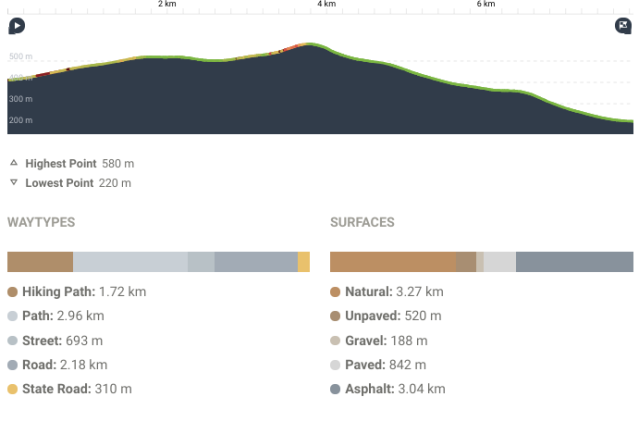