R.I.P. Noir in Festival at Como

Posted on December 15, 2020 by comocompanion

Poster, Noir in Festival’s 30th Edition to be held in Milan

In 2016 the annual celebration of detective fiction –  Noir in Festival – moved location from Courmayeur in the Val D’Aosta to Como and Milan. Last December the festival was again held in Como and Milan albeit with a reduced presence in Como. In 2020, due to Covid 19 and perhaps also to a lack of commitment from Como’s city council, the face-to-face events of the festival will be postponed until March and will take place only in Milan. So is this the death of ‘Noir in Festival’ for Como? Let’s hope not but if so, it may well fall as another victim to our current city administration’s lukewarm support  for the arts – hence the ‘noirish’ coffin left by demonstrators on the doorsteps of the Teatro Sociale. ‘Noir in Festival’ does however limp on wounded, restricted at present to featuring only Italian authors and constrained to presenting them only online. 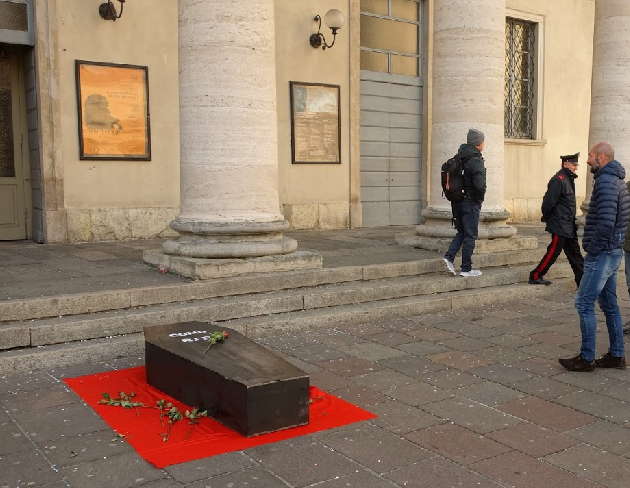 The death of culture in Como?

For me back in 2018 I loved nipping out of the house in the late afternoon of a frosty day during the build-up to Christmas to attend any one of the interviews with Italian and foreign authors. These were held in the delightful Sala Bianca of the Teatro Sociale. This year we must content ourselves with the Festival’s series of online interviews available on their You Tube channel. There are two sets of these  interviews with the first featuring the five finalists for this year’s Scerbanenco Prize and the winner of the readers’ vote. The second set consists of  interviews with four of the most well-established current Italian ‘noir’ authors. All interviews focus on the most recent publications from these authors and seek to gain insight into the inspiration behind plot, protagonists and their setting. 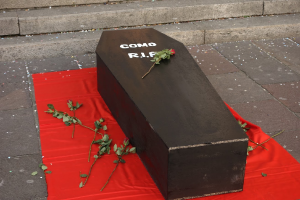 Most of these authors have their works translated but translations into German, French or Spanish seem more common than in English. Maybe these publisher preferences reflect a greater similarity in ‘noir’ themes across Continental Europe than in Britain where the public might be more attuned to Scandinavian ‘noir’. The recent death of John le Carré does however remind me that he is perhaps the most ‘noir’ of British novelists and certainly his themes of moral ambiguity and hidden duplicity executed within the overall context of state-sponsored exploitation of the powerless match very closely those of Italian noir. 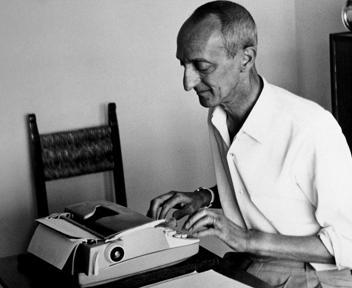 This literary prize is named after Giorgio Scerbanenco, a Russian-born writer of ‘gialli’ (detective fiction) resident in Milan whose main output was during the 1960s.

It is awarded annually to an author of detective fiction written in Italian with a book published within the preceding twelve months. The winner this year was Tullio Avoledo with ‘Nero Come La Notte’. The other finalists included in descending order Francesco Abate with ‘I Delitti della Salina’, Lorenza Ghinelli with ‘Tracce dal Silenzio’, Bruno Marchio with ‘Dove Crollano I Sogni’ and Cristina Cassar Scalia with ‘La Salita dei Saponari’. The readers’ vote went to ‘Psychokiller’ by Paolo Roversi.

Tullio Avoledo was this year’s winner of the Scerbanenco Prize

Each of these books respect the broad features of the ‘noir’ genre yet retain individuality in terms of plotting (Roversi’s novel is for instance more of a thriller while Lorenza Ghinelli incorporates some aspects of fable). Many have also established the unique traits of their main protagonists – the detectives – by characterising them across a series of novels. One distinct feature of Italian noir is the importance of location with many of the writers incorporating aspects of their detective’s home town as if it were another character in the plot. This partly is a reflection of the marked regional differences across the country determined by separate cultural, economic and political development over the centuries. Scerbanenco himself gave his adopted city of Milan a starring role in his novels as this quote from his Wikipedia entry records:

His writing, in the best known books, is Milanocentric, seldom if ever referencing other cities and regions of Italy, showing a degree of sympathy and appreciation for the Lombard city and its inhabitants which is rarely to be found in other writers. While denouncing the evils of the rampant consumeristic and greedy way of life taking hold from the 60s onward Scerbanenco always has a warm word for the peaceful, quiet, hard-working Milanese.

Paolo Roversi also sets his novels and his detective Enrico Radeschi in his adopted town of Milan. None of his books appear to have been translated into English. Morchio’s detective is called Bacci Pagano and the action is set in the atmospheric port city of Genoa. His ‘The German Client’ has been translated into both English and German. Tullio Avoledo even stood for election campaigning for autonomy for the North East region of Friuli. His novel ‘The Girl from Vajont’ is available in English. Francesco Abate’s entry is set in Cagliari, the capital city of Sardinia. He has works translated into Dutch. Cristina Cassar Scalia’s novels featuring her detective Vanina Guarrasi are set in Catania. Unfortunately I have only found French and German translations of her books.

Taking a look at this first set of authors – those who were shortlisted for the Scerbanenco Prize – is one way of noting how noir is developing in Italy. While all these writers retain a local focus in terms of setting, it would be wrong to think they are parochial or that their themes lack universality. For example the Sicilian writer Cristina Cassar Scalia, through her detective Vanina Guarrasi, deploys local Catania dialect in her dialogue. Yet she would see herself in a tradition of other Sicilian writers such as Pirandello and would share Leonardo Sciascia’s maxim that anyone who understands Sicily will understands Italy. (And I can add that anyone understanding Italy, admittedly a very hard task, will understand Continental Europe). The use of local dialect has long been in decline but it acts as a nostalgic symbol of an era before mass consumerism perverted values of community and solidarity. This quote from Valerio Varese’s ‘The Lizard Strategy’ (available in English) illustrates the connection:

[Our detective hero Commissario Soneri].. went to Alceste’s restaurant to find something authentic. He chose not to go into the dining room itself but to linger in the kitchen where the official language was dialect and the aromas provide solid anchorage for an identity which outside he saw dissolving and melting in rivers of cash, cocaine and alcohol. The tortelli d’erbetta…’

Varese’s detective, Commissario Soneri, is based in Parma – a city he feels has sold its soul to consumerism and corruption where the local river may look attractive but ‘there are piles of toxic waste along the river bed’ but one can still at least taste a genuine ‘tortelli d’erbetta’. 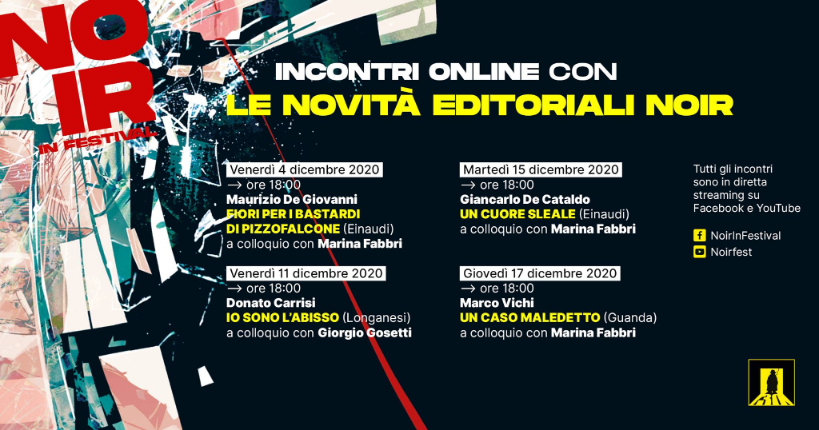 The second set of ‘Noir in Festival’ interviews featured some of the most established of contemporary Italian noir authors, all of whom have registered international success. The purpose of the interviews is to update us on their latest works which may not yet be available in English. The featured writers were Maurizio de Giovanni, Donato Carrisi, Giancarlo de Cataldo and Marco Vichi. 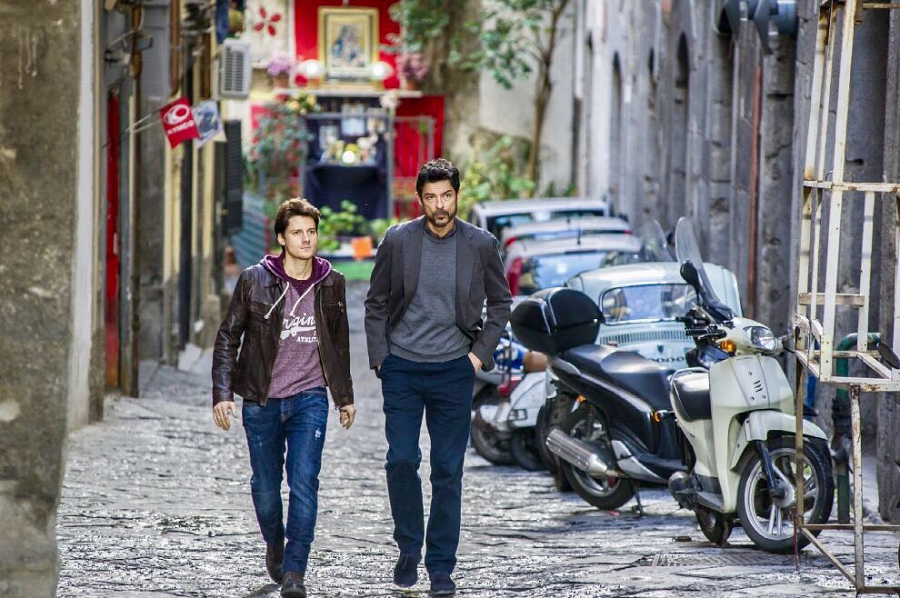 The Bastards of Pizzofalcone, a TV series set in this district of Naples

Maurizio de Giovanni’s novels are set in Naples and feature his detective Commissario Ricciardi who has the unsettling capacity of sensing imminent tragedy. He is also the writer behind the television series ‘The Bastards of Pizzofalcone’.  Donato Carrisi and Giancarlo de Cataldo base their stories in Rome. Carrisi has worked extensively in film and television as well as an author of detective fiction. He runs a course at the U.I.L.M. University on writing noir fiction. De Cataldo was a judge at the Rome Court of Appeal and used his insights into the criminal world to produce his greatest success – ‘Romanzo Criminale’  – a fictional account of the various members of the so-called Banda della Magliana who operated in Rome during the late 1970s. He also wrote ‘Suburra’ depicting the battle for the illicit control of Rome through links between local politicians, the Papacy and organised crime. This was made into a film directed by Michele Placido and now forms the base of a television series on Netflix with the same name.

Actor Francesco Acquaroli in the TV series Suburra plays ex-neo fascist terrorist, Samurai, in a chilling depiction of the banality of evil

Marco Vichi has  written a series of detective novels featuring his Commissario Bordelli and set in Florence in the 1960s. All these novelists have works published in English. Not featured this year but always worth a mention is the noirest writer of Italian noir – Massimo Carlotto. His depiction of noir stems from his harrowing personal experience of being accused and judged guilty of murdering a young woman – charges for which he has finally been exonerated after a lifetime’s struggle with the judicial system. His works have been translated into many languages including English.

Ex-judge of the Rome Court of Appeal and Noir author, Giancarlo de Cataldo

All these interviews forming the online version of this year’s ‘Noir in Festival’ are available on the festival’s YouTube channel. They are all conducted in Italian. The live events including the film showings will take place later in March in Milan. We hope the festival organisers will overcome the Como city administration’s seeming indifference and return in force at the end of next year. Their absence this year, along with all the other cultural events cancelled due to Covid, has been sadly missed.

Shadows on the Lake by Cocco and Magella

In the meantime you may want to console yourself by reading Lake Como’s own detective novels. The married couple Giovanni Cocco, born in Como, and Amneris Magella from Milan have written a series of detective novels set in Como and on the lake featuring their detective Stefania Valenti. One of these – – ‘Shadows on the Lake’  – has been translated into English as well as into French, Dutch and German.  The lake has also proved to be a popular setting for some true crime stories of passion or greed. Our article Murder on the Dance Floor- Italy’s Crime of the 20th Century on Lake Como recounts a post-war high society crime of passion committed in the ballroom of the exclusive Villa D’Este Hotel in Cernobbio. Our other article Lake Como’s Moltrasio Trunk Murder recalls how a young American tourist dispatched his wife on their honeymoon in Moltrasio in a bid to clear his debts.  Previous articles have also covered the Noir in Festival for the years 2018 and 2019. We just hope we can return to reporting future editions from next year in the build up to a Como Christmas.

I am an Englishman in Como, Northern Italy - definitely both a Euro and Italophile with an interest in modern history, walks in the hills and mountains, and food and wine. I favour 'slow' tourism alongside of 'slow' food.
View all posts by comocompanion →
This entry was posted in crime, Culture, Events, People and tagged Bruno Morchio, crime, Cristina Cassar Scalia, Donato Carrisi, festival, Francesco Abate, Giancarlo de Cataldo, Lorenza Ghinelli, Maurizio de Giovanni, murder, Noir, Scerbanenco, Suburra, Tullio Avoledo. Bookmark the permalink.