Momi’s Restaurant, Blevio – just one of the romantic settings on Lake Como

Lake Como’s beauty has and will forever ferment romance. But when romance blossoms in a time of brutal civil war, it can too easily turn to tragedy. This was the case for two pairs of star crossed lovers from very different backgrounds and engaged on opposite sides of the civil conflict that engulfed Northern Italy from 1943 onwards. One pair was fascist and the other was communist but they shared an identical fate – summary execution without proper judicial process soon after peace was declared. Most commentators now believe all four victims were entirely innocent.  However their deaths can be attributed to the paranoia and venom fostered by the cruelties of the nazifascist regime and the moral turpitude resulting from fighting a civil war.

Our first couple were stars of Italy’s film industry in the 1930s. He, Osvaldo Valenti, usually played the dashing, handsome yet slightly risque romantic lead roles. She, Louisa Ferida, was the beautiful heroine of the period. They had fallen in love while filming at Rome’s Cinecittà both starring in the so-called ‘telefoni bianchi’ romantic comedies that were very popular at the time.

The ‘white telephone’ became the adopted symbol of the style and sophistication to which audiences at the time might aspire. The plots of these films often involved a girl of humble origin winning the heart and the accompanying lifestyle, after various twists and turns, of a handsome man from a higher class. Closing scenes focussed on a happy resolution of the couple’s romance along with the shared commitment to love each other until death.

‘If I Could Have a Thousand Lire a Month’

The words of this title song from a film released in 1939 starring Osvaldo Valenti portray the escapist dreams of an economically hard-pressed class of Italians. They were beginning to lose faith in the promises made by the fascist regime on the eve of the country’s disastrous entry into the Second World War. In effect neither Valenti or Ferida were committed supporters of the fascist regime during the Cinecittà years. Osvaldo was  well known for performing a comical mocking party-piece impersonation of Il Duce when among friends. However, following the September Armistice in 1943, he and Louisa were two of the very few artists who took up the invitation to work within the nazi-occupied half of the country at the newly opened Cinevillagio studios in Venice. 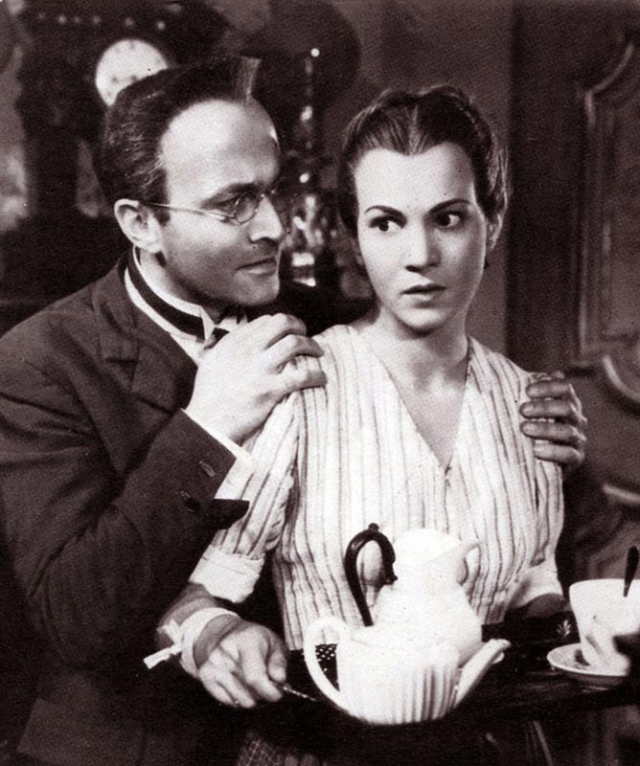 The move to Venice seemed to herald a change in their fortunes when the couple soon after suffered the death of their newborn son. This loss was followed later when Louisa miscarried while visiting her parents in Bologna. These personal tragedies caused Osvaldo to relinquish his acting career and, rather than accept a lucrative contract in Spain to star in two films, he took up the invitation from the fascist naval commander Prince Junio Valerio Borghese to join the Decima MAS as a lieutenant in the Vega Battalion based just outside Como on Lake Montorfano. (See our recent article on how the Como-based Vega Battalion were establishing covert ‘stay behind’ groups to continue the fascist fight once the allies had completed their liberation of Northern Italy).

Lanzo D’Intelvi looking down on to Lake Lugano and Switzerland

From the summer of 1944 Osvaldo and Louisa based themselves in Lanzo D’Intelvi where both took on the role of organising the Vega Battalion’s extensive smuggling operation designed to replenish the coffers of both Borghese’s regiment and the nazifascist Republic of Salo. However the couple also made frequent visits down to Milan where they could participate in the decadent company of fascist high society. They were in particular regular visitors to Villa Fossati on Milan’s Via Paolo Uccello – the home of Pietro Koch, the leader of the Banda Koch.

Villa Fossati, the base of the Banda Koch where partisan prisoners were tortured. The Villa is open to the public as a reminder of the degenerate cruelty of the fascist regime.

The fascist regime had established a series of centres in Italy’s major cities used to imprison and torture captured partisans and other anti-fascists. These became known as Ville Triste – sad villas. The Milan Villa Triste was run by Pietro Koch and operated out of Villa Fossati. He and his band committed so many atrocities that it even became too much for the fascist authorities who, following continual pressure from the Milanese and Cardinal Schuster in particular, closed down the villa and eventually arrested Koch. Osvaldo and Louisa could not have been ignorant of what went on within the walls of this villa that they visited so often. They were however dependent on Koch as their supplier of cocaine and morphine to which they had both been addicted for some years. This  association with Koch would be their ultimate undoing.

The ultimate defeat of the Nazis and the collapse of Mussolini’s Republic of Salò could be clearly foreseen even from when Osvaldo had joined the Vega Battalion and moved to Lanzo D’Intelvi back in the summer of 1944 . As the inevitable defeat approached, Osvaldo decided to surrender himself to the partisans. He felt he had little to fear in terms of immediate retribution. He believed that his smuggling activity was unlikely to attract a strong reaction and he could even boast of having established amicable relationships with some of the partisan groups operating on Lake Como and in the Val D’Intelvi. He therefore offered himself up on April 20th, well before the actual armistice, to the Pasubio partisans operating within the Province of Vicenza.

Some of the Pasubio partisans parading after the armistice in 1945. The caption suggests how their display of arms on this occasion was considered ‘exhibitionist’. 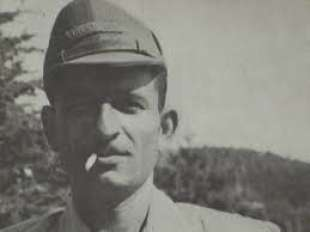 What Osvaldo had failed to take into account was that the Pasubio partisans had lost comrades who had been tortured and killed by the Banda Koch, and the duplicitous nature of their commander, Giuseppe Marozin, whose initial promise to them of protection from death proved valueless. Osvaldo and Louisa had been reported to the partisans as participating in the torture of prisoners on their visits to Villa Fossati.  Faced with those accusations, their eventual fate as collaborators committing war crimes could be in no doubt. After a summary hearing, the couple were driven out on the evening of April 30th 1945 to Via Poliziano in the San Siro district of Milan. There they were executed by firing squad with their bodies left on public display until the Red Cross were permitted to transport their corpses to the mortuary. So ended the turbulent, troubled but loving relationship of these two former stars from the glamorous world of cinema with their personal dreams of family happiness descending into drug dependence, decadence and early death. Osvaldo’s association with the corrupt cocaine-fuelled society of the fascist leaders had led to his and Louisa’s downfall. Louisa was thirty one and Osvaldo thirty nine.

The body of Louisa Ferida with a sign attached by the partisans which reads ‘Executed as a collaborator of the torturer Osvaldo Valenti’.

It is said that Osvaldo sought to comfort a totally distraught Louisa as they were led out to Via Poliziano by commenting on an irony in the face of their imminent execution. They had as a screen couple played out so many final scenes where they turn to camera pledging an everlasting love until death. And here they were actually loving until….. Louisa died clutching one of her lost son’s shoes.

Even seventy five years after the end of the war, many of the accounts of what happened in those immediate days following the armistice are obscure and clouded with controversy. Italy has never undertaken a comprehensive truth and reconciliation process in spite of perhaps needing it more than most other nations emerging from civil conflict. This is perhaps why Monica Bellucci could describe the film ‘Sangue Pazzo’ (Wild Blood), in which she played the part of Louisa, as controversial even though the film was not released until 2008. Actually most of Osvaldo and Louisa’s story is relatively free from controversy except concerning the responsibility for who issued their final death sentence. And even this would not be so controversial if it wasn’t for the dubious character of Giuseppe Marozin, the Pasubio partisan commander who conducted the judicial process. He later claimed that he only passed the death sentence on the direct orders of Sandro Pertini – a man with an honourable record as a committed partisan serving at the time as a leader on the CLN (Committee for National Liberation) and Secretary of the Socialist Party. He later served as President of the Republic from 1978 until 1985  and is widely considered to have been the most popular of Italy’s presidents in modern times. Marozin instead took advantage of the couple’s execution by following it up by robbing their Milan apartment. 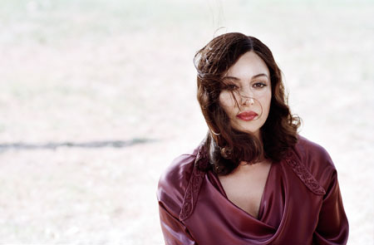 It is now generally accepted, at least regarding Louisa, that the couple played no part in the torture of prisoners held by Pietro Koch. In the 1950’s the Milan Carabinieri undertook a full inquiry and came to the conclusion that it was the secretary of the Banda Koch and Koch’s girlfriend who had impersonated Louisa while participating in the torture of prisoners. Both women had implicated Louisa at the time of the original judicial process while claiming their own innocence. Louisa’s exoneration was confirmed by the state granting her mother a small pension to compensate for her only bread winner falling  ‘a victim of war’.

And Our Other Couple?

Lake Como was the setting of an even more poignant tragedy – the deaths of the two partisan lovers, Luigi Canali (nom de guerre ‘Neri’) and Giuseppina Tuissi (nom de guerre ‘Gianna’) – both communist idealists and committed anti-fascists who were executed on orders from their own party chiefs. They played central parts in the dramatic last days on Lake Como of Mussolini and the sequestration of the treasure he and his fascist leaders were smuggling out of the country. Maybe they died due to jealousies within the party, or because of what they knew about Mussolini’s end or due to them questioning what was to happen to the sequestered treasure? Responsibility for the deaths of Gianna and Neri is still, after all these years, clouded in mystery and controversy which no legal process has yet been able to resolve. The inability over the years to arrive at a sufficiently objective account of their end has hampered historical analysis and discouraged artistic representation in either book or film. Monica Bellucci considered the story of Osvaldo and Louisa controversial, but not to the extent that it prevented their representation on television or film. I know of no such representation of the final days of Gianna and Neri. Their tragedy instead reaches Shakespearian heights in their star crossed encounter with the forces shaping the post-war world in which, in spite of selfless dedication to their ideals, they came to be sacrificed on the altar of political expediency. I will try to tell their story in a separate article to be published  shortly.