View from the Como lakefront to Cernobbio and Torno

For residents and tourists alike, Como’s greatest asset must be its magnificent lakefront with its views north to Cernobbio, Moltrasio, Torno and to the summit of Mount Bisbino – so why has access to a large tract of it been out of bounds for the last eight years? The wooden barrier that blocks lakefront access went up in 2008 stretching from the roundabout by the railway station and then beyond the ticket office for the boats and up to the park.

Now, finally the last section of this wall is coming down and the whole lakefront will be accessible to all. This marks a decisive and positive stage in the long-running local saga/scandal of the so-called ‘paratie’ (barriers).

Let’s consider what could possibly have caused such a denial of access to our greatest asset for so long. The answer is unfortunately a sad tale which possibly could only have happened in Italy. Way back in 1990, when money was counted in millions of lire rather than euros, the idea of building up Como’s flood defenses was first mooted. The original plans were for a series of temporary barriers to be deployed when necessary.

….After, but not yet complete

The costs were modest and the project was due for completion by 1995. What optimism! Soon after this in 1998, the first in a series of ‘variations’ to the original plans were submitted scrapping the temporary options in preference for a permanent structure.  Now there was serious money to be played for with all the ‘tangential’ temptations along the way.

To cut a long story short, the contract was finally awarded in 2007 to Sacaim, a company who had worked on the Venice flood defenses as well as many other large civil engineering projects. Work started in January 2008 with the dark green wooden barrier erected thus obscuring the work in progress and of course, our glorious panoramic view. 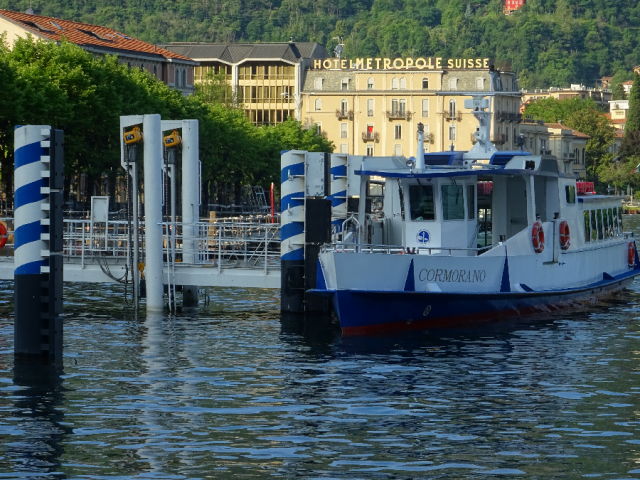 Vistas unseen for eight years are beginning to open up

Unfortunately behind that wooden barrier, Sacaim were constructing a wall twenty-odd metres out from the lakefront that was taking a slither away from our lake. This wall was part of another ‘variation’ requested in 2009. Unfortunately doubts were immediately raised over its legality – after all it is one thing to bank up the existing wall and another entirely to alter the contours of the lakefront.  Progress from then until 2012 was slow and intermittent due to these legal and other complications. Slow progress turned into a total stall on the election of a new mayor in 2012 who demanded the end of the new wall and the re-opening of part of the lakefront. 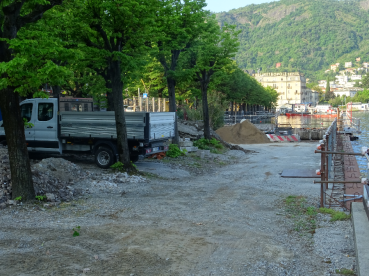 Again, the contractual issues around variations went back to the courts where the hive of activity there contrasted with the complete shutdown on the lakefront.  Then in 2016, two local council officials were arrested following a legal inquiry and the regional authority, declaring the local council ineffective, assumed control of the project. That about summarises the negative part of this story – except to say it is far from over since legal responsibilities and payments will most likely be contested in the courts for years to come. 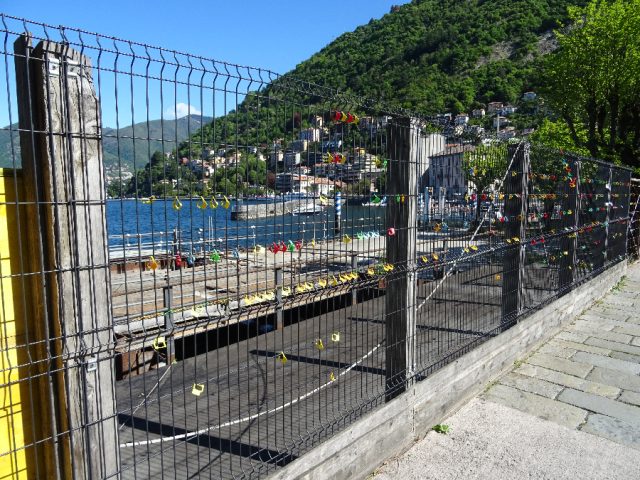 Now for the positive part – from the moment all work was blocked (2012), the long-suffering Como residents and local businesses started to push back. The association of local businesses known as ‘Amici di Como’ (friends of Como) financed and organised the temporary restoration and opening of the lakeside walk and gardens to the west of the Navigazione Laghi ticket office. These were opened in 2014. Subsequently the Amici di Como have financed the upkeep of these gardens so they have remained open to the public year-round ever since then.

Not content with that, the local newspaper ‘La Provincia’ ran an effective publicity campaign in 2016 called ‘Rivogliamo il nostro lago’ (We want our lake back). This brought the issue of the ‘paratie’ to the attention of the nation as a whole and central government. The campaign was structured in three phases providing prolonged and embarrassing exposure throughout the year. ‘La Provincia’ stoked the fires of revolt again at the start of this year with a further effective campaign getting residents and visitors alike to mark their continuing frustration by attaching  symbolic plastic padlocks to the fences that were depriving them of lakeside access.

After eight long years, work began this May on reopening this section of the lakefront.

The media campaigns were successful prompting the regional government to provide the funds for cleaning up and reopening the lakefront. This work is now in progress – cobbles are being laid and vistas not seen for eight years are re-appearing. Full access is on target for completion by July, just after the municipal elections.

This story of the ‘paratie’ is indicative of some of the less favourable aspects of Italian civic life but I can identify at least two positive aspects. Firstly, it is at least reassuring to see the state showing some sensitivity to public opinion (and financial common sense) when under pressure from those who finally managed to overcome a marked propensity for patience and political inertia! Secondly, the prolonged denial of public access to the lakefront has emboldened a pair of local swans to make their annual nesting home there. One of the springtime pleasures for local residents has been to see the swan eggs hatch and see their cygnets grow. The swans will however have to move elsewhere now that  —

WE HAVE GOT OUR LAKE BACK! 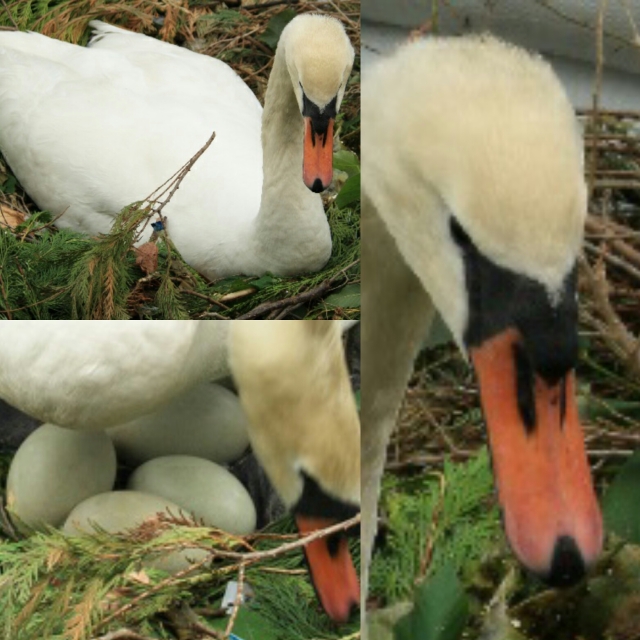 I am an Englishman in Como, Northern Italy - definitely both a Euro and Italophile with an interest in modern history, walks in the hills and mountains, and food and wine. I favour 'slow' tourism alongside of 'slow' food.
View all posts by comocompanion →
This entry was posted in Gardens, Lake, Politics, Uncategorized and tagged Amici di Como, Como, Lake Como, lakeside, lungolago, paratie, Politics, scandal. Bookmark the permalink.

5 Responses to Liberating the Lakefront – Como Recovers Its Greatest Asset